The Top 5 Racetracks in the UK

The UK has a rich history when it comes to racing and without blowing our own trumpet - we are somewhat of a powerhouse in the motorsport world. As a result of this racing heritage, we are lucky to have lots of great tracks around the country, and we’ve put together a list of the top 5 Racetracks in the UK. Sure, you may have raced around these tracks on your Xbox – but can anything beat taking on the track for real?

For more information on the track, take a look at this run-through of the Donnington Park Circuit from PistonHeads.

Donnington Park is the oldest motorsport circuit in the UK that is still in operation and racing first began here in 1931. It has recently undergone several multi-million pound improvements thanks to its new owners MSV. Donnington is an internationally renowned track, that hosts an array of important motorsport events throughout the year. The premier event is the FIM Superbike World Championships, but the British Touring Cars, Formula 3 and British Truck Racing events all take place at Donnington. There are 2 circuit configurations– the National Circuit and the longer Grand Prix Circuit. You can book track days on both versions and these go on throughout the year, so you can pick your favourite or race on both. You can also book a variety of driving experiences here including the Palmer Sport experience day, that allows you to drive up to 8 cars including a Caterham and a Formula 3000 car, which is the closest most of us mere mortals can get to the thrill of an F1 car. It is also home to the Donnington Grand Prix exhibition, where you can explore the extensive classic car collection of track owner Tom Wheatcroft. 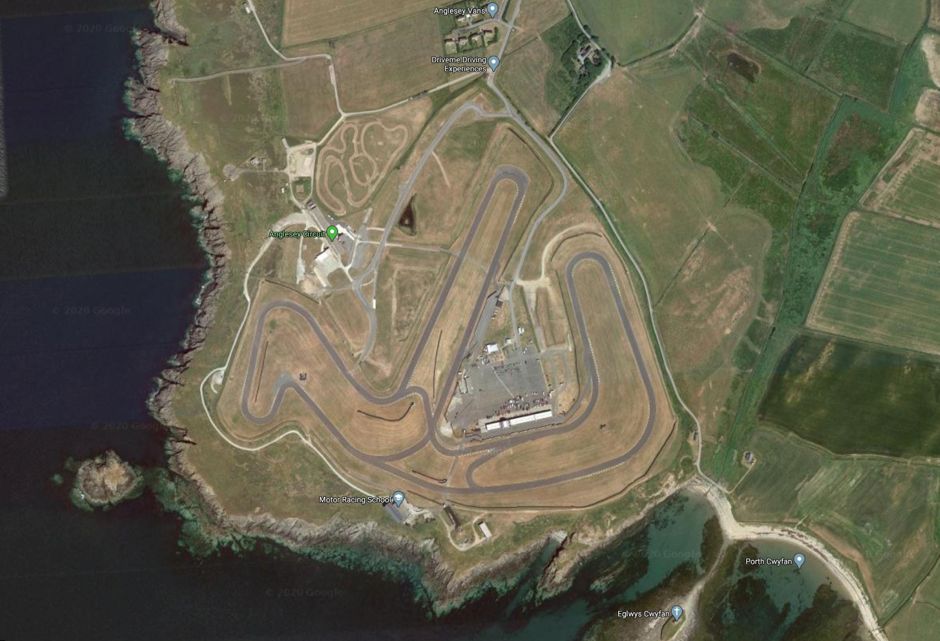 Whether your preference is two wheels or one, Anglesey Circuit has something to entertain the whole family and is set in a stunning location overlooking the Irish sea with Snowdonia mountain range in the distance. It is a track suited to everyone with a passion for motorsport or driving, and is a practical and entertaining circuit for all skill levels and ages to enjoy, making it a popular venue for people racing their own cars on track days. Anglesey also has a range of packages for those wanting to improve their driving skills and complete extra training including the Motorsport UK/ARDS racing licence course, if you’ve caught the racing bug and want to take it a step further. Many car and racing clubs also have annual meets at Anglesey to fight for the best time on the sprint course or have a track day dedicated to a specific brand – both Porsche and Lotus have a dedicated track day here.

Matt Neal from Honda Racing explains the unique challenges at the Thruxton Circuit.

Thruxton is the fastest racetrack in the country, with lots of high speed corners and is known as the ‘drivers’ circuit, so if you are looking to see how you stack up as a real ‘driver’ -Thruxton is the place to go. It was originally used as a wartime airfield, with motorsport events starting in 1950 and now hosts British Touring Car Championship and Superbike events that pull in the crowds each year. Thruxton offers one of the best variety when it comes to driving experiences, with a huge range of brands and levels to ensure everyone can experience a car they are conformable in, or jump feet first (quite literally – it’s a tight squeeze) in to a Formula Renault race car. There is also a skid pan, 4x4 off-road centre and karting track at Thruxton, so it’s truly a track that has something for everyone.

Brands Hatch is a circuit that had to feature on this list, not least because of its historic significance and is one of the best loved tracks in the UK. Racing legends such as Stirling Moss, Jim Clarke and Ayrton Senna have all raced and won at Brands Hatch. It’s a racing mecca that anyone who loves all things motorsport should visit at least once. It hosts a variety of motorsport events throughout the year including Legends of Brands Hatch SuperPrix and British Formula 3. There is also a spectacular firework display at the end of the British Truck racing event – which is known as one of the best in the South East. For those who have kids that are into their cars, but aren’t quite old enough to drive, Brands Hatch also has a ‘young driver’ programme where kids ages 11-17 can get behind the wheel and try driving for the first time, in a safe environment with a dedicated instructor.

Of course, the number one spot had to go to Silverstone. Conveniently located in Northamptonshire - it’s the longest track in the country and one of the most demanding. This iconic track has hosted over 50 British Grand Prix races, that attract over 300,000 visitors each year. The events calendar at Silverstone is always jam packed with something going on almost every weekend, from MotoGP, Superbikes and the Silverstone Classic there is something for everyone to enjoy at this historic track. There are also a host of driving experiences to take part in at Silverstone, from Aston Martins to Ferraris and even stunt driving experiences – there is definitely a chance to drive some amazing cars the way they were meant to be driven and tick ‘drive my dream car’ off your bucket list. If Porsches are your thing, Silverstone is home to the Porsche Experience Centre and has specially designed tracks, driving experiences and tuition for those who want to get the most out of their Porsche. If you like to take your car to track days, Silverstone should definitely be the next one you book. Track days are held at Silverstone throughout the year and allow you to test your cars ability (and your skill!). Only here can you drift around the same corners and speed down the same straights as Lewis Hamilton, granted a little slower – but that’s bragging rights in the bag surely?

Whether it’s a day out with the family, a once in a lifetime driving experience or watching the British Grand Prix – the iconic tracks and exciting events happening certainly ensure the UK lives up to its reputation as the beating heart of motorsport worldwide. So what are you waiting for? Get racing!