The 2019 Lamborghini Urus is an amazing super SUV

Lamborghini launched its first SUV back in the '80s - the LM002. It was a high-powered, military grade beast. It packed a remarkably powerful V-12 engine under the bonnet. At the time of its launch, the vehicle was tagged as 'unorthodox' and 'offbeat'. However, with the passage of time, we realized that the LM002 was actually revolutionary - considering the high-performance and luxury SUVs from Mercedes Benz, Bentley, Porsche and Maserati.

Since Ferrari and Aston Martin are also bringing their own SUVs into the mix, this time is the best for Lamborghini to bring its own and it is doing so by announcing the new 2019 Urus. The second SUV, after almost 4 decades, is also top-notch. The Urus gets its name from an ancient species of cattle and is an impressive vehicle. The engine is an impressive 641 horsepower and has a great wedge shaped silhouette.

The underpinnings of the Urus aren't as distinctly Italian as its V-8, as it shares the Volkswagen Group's MLB platform used in the Audi Q7, the Porsche Cayenne, and the Bentley Bentayga. At 201.3 inches long (and riding on a 118.2-inch wheelbase), the Urus is 1.7 inches longer than the Q7 and 7.4 inches longer than the Cayenne Turbo. And at 64.5 inches high and 79.4 inches wide, the Urus is quite a bit lower and wider than the Q7 and the Cayenne. Lamborghini assures us that the Urus will outperform each of those corporate cousins, with a claimed top speed of 190 mph (3 mph higher than the Bentayga) and a reported zero-to-62-mph time of 3.6 seconds. 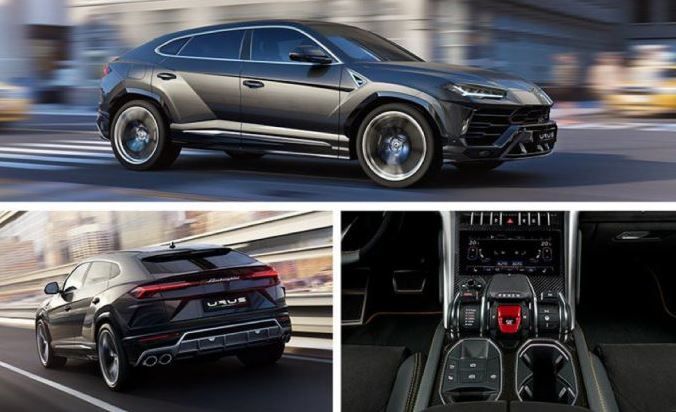 Of course, the Lamborghini will feature its own chassis tuning, too, and rear-wheel steering and an air suspension that offers up to 9.8 inches of ground clearance are part of the package. The all-wheel-drive system uses a locking center differential with a default 40/60 front/rear power split that can send up to 70 percent of the torque to the front or up to 87 percent to the rear. A rear differential allows for torque-vectoring capability. The carbon-ceramic brakes are absolutely enormous, with rotors measuring 17.3 inches in front and 14.6 inches in the rear, the better to decelerate the roughly 4850-pound Urus. 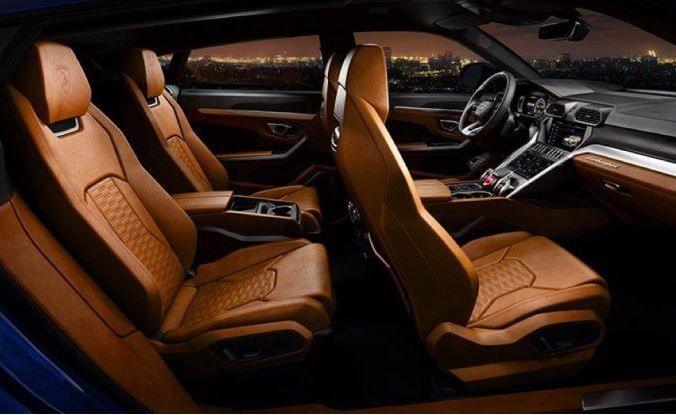 A lineup of driving modes including Corsa (race), Sabbia (sand), and Neve (snow) will diversify the Lambo's skill set. In Corsa, for instance, the all-wheel-drive system routes more power to the rear, and the torque-vectoring and stability-control thresholds allow for a bit more slip. In Sabbia, the stability control is similarly recalibrated to accommodate the low-grip surface. Good luck off-roading, though, with the Urus's available 23-inch wheels mounted on unique Pirelli summer tires, size 285/35R-23 in the front and 325/30R-23 in back; 21- and 22-inchers will be available, too, as will all-season rubber.

Read More about all of our high performance cars here at Any Car 4U!