Electric Cars and Drives - Do you need them both?

Electric cars are the future, but do you need to charge them up at home every night?

No one can deny that electric cars are the future. What started out as a niche market has grown exponentially. All the major car brands have now got concept vehicles in the pipeline or have full electric vehicles in their product line-up. These cars range from the small, 40-mile range Renault Twizzy to the 300+ mile range Tesla Model X. 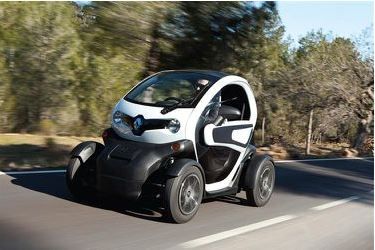 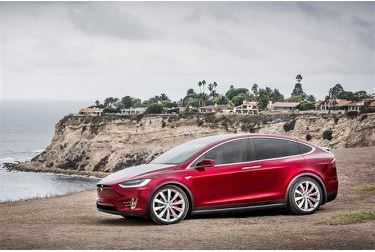 However, the UK does not currently have the charging infrastructure to support a change from petrol and diesel to electric power for the 25.8 Million cars on the UK's roads. Nearly one third of motorists in the UK do not have off-street parking, meaning they are unable to charge their cars up overnight. Additionally, the nearest public charge point in the large cities can still be a 20-minuite walk away. This gap in infrastructure could put the UK behind in electric car adoption, especially in the city centres.

However, hope is not lost for these motorists. Here are three ways that you can get access to a conveniently placed charge point for your brand new electric car.

One option is to ask your local authority to install a charge point in your street.The government's Office for Low Emission Vehicles (OLEV) has set aside £4.5m to support such applications over the next two years. OLEV will pay up to 75% of the costs of installation, to a maximum of £7,500.That leaves councils having to find just 25% of the costs.

Thanks to government subsidies, more and more employers are installing charge points at work.By 2022, half the firms that have car parks are expected to have at least one charging facility.

Matthew Thomason, who lives in a flat in Nottingham, has been able to take advantage of such a scheme at Rolls-Royce, where he works as an engineer on the engine that goes into the Airbus A350. He commutes 17 miles to Derby each day, and charges his Renault Zoe in the car park for around four hours."It's just so convenient," he says."It's approximately as good as having a charge point at home."But he thinks many other flat-dwellers still struggle with the charging network."It's definitely got to improve. If we want to have mass uptake, then you need to make it simpler."

It is the big cities which are most affected by the lack of driveways, and which have a high proportion of flat-dwellers.But it is precisely these areas where electric cars are an effective means to reduce pollution.Four councils in London - Richmond, Hounslow, Westminster and Kensington and Chelsea - have been trialling charge points installed in lamp posts next to parking bays. These may not be as powerful as dedicated fast or rapid charge points, but they are cheaper to install, and do not require additional street furniture.In partnership with OVO energy, Kensington and Chelsea is currently having an extra 50 lamp-post charging points installed, all powered by renewable energy."Most residents do not have access to off-street parking to charge an electric vehicle," says Cllr Gerard Hargreaves of Kensington and Chelsea Council."Retro-fitting street lamps with charging technology allows drivers to conveniently charge their vehicles closer to home, while helping to tackle air pollution in London."